It is true that there are many offers for unlimited internet. They promise unlimited wireless access to rural and remote homes or to keep you wired to the world as you tour the country with your unlimited mobile hotspot plan. However, what unlimited means to your internet service provider may not be what you think it means.

What Does Unlimited Mean in the Wireless Industry?

Unlimited sounds boundless, however in the world of online data, it is not. Unlimited internet as defined by the internet service providers (ISPs) means, you get unlimited access to the internet at some speed determined by the provider to fit specific reasons and circumstances decided by that provider. In other words, they don’t limit the amount of data you can use but they can limit the speed at which you access and share data.

Now, I think there is some hair splitting going on here. It is like if I said you can have all the root beer you can drink but you were allowed 2 gulps and the rest had to be consumed from a thimble. Would that reduce the amount of root beer you could drink?

Providers limit your speed in 2 ways: throttling and deprioritization. Throttling occurs when the provider sets a hard data cap. Once you hit this cap, the speed is slowed down for the remaining time until your plan data is renewed (the typical period is monthly). Download speed is often throttled down to 3G or 500 Kbps or less after reaching the hard cap.

One way that deprioritization occurs is when the ISP temporarily limits the speed for users who have hit the soft cap (typically 22-50GBs). In this case, deprioritization is used by the ISP to manage tower congestion. When the congestion ends, your speed goes back up.

Whether you experience slowdown or not, can also depend upon where you live. If you are a remote user on an underutilized tower or system, you may never see deprioritization regardless of how much data you are using. However if you are on a tower or other system that is at or close to capacity, the ISP will likely deprioritize, impose a hard cap, or in some cases, even cancel a heavy user’s data plan.

A more nefarious form of deprioritization happens when the ISP favors certain content over another in order to give certain content an edge against their competition. They compel users to ingest the desired content by making access easier and of higher quality than content they want to dominate. While the congestion management is understandable in order to ensure access for voice traffic and overall system stability, the favoring of some content over other to sell product or influence public thought seems untenable in a free society. Should a communications company control your access to the content on the web? Those advocating for net neutrality firmly answer no.

What is Net Neutrality and Why is it Important?

Net neutrality defined is the equal treatment and access to all packets of information disseminated on the internet or not showing favor to one packet of information over another. The FCC used to support this principle until June 11th, 2018 when the net neutrality rules were repealed in a move by FCC head Ajit Pai.

Is this the end of net neutrality? The answer is, “not quite.” While the Supreme Court upheld the repeal of the internet act, they also ruled that the FCC could not stop the state governments from enacting rules of their own to protect a free and open internet. So, the state level is where the battle over net neutrality now lies.

The obvious question for most users when they hear that net neutrality was repealed is, “How will it affect me?” Well, here is an example. Many of you have bought 4K, HD, televisions over the past several years. With net neutrality gone, the ISP, not you, now decides if you get to watch content in high-def.

Yes, ISPs are lowering the resolutions of their user’s video experiences in order to reduce the amount of data they provide. On the flip side, ISPs are also allowing certain content to play at higher resolution based upon pay for play or to favor ISP owned content over other offerings. This gives larger content producers an advantage over independents by creating a playing field that favors big media corporations, with their deeper pockets and corporate ties.

However, that is not all. ISP throttling could feasibly be applied to things like browsing and shopping habits, the content you post, and more. Why, one day soon you could go to view some content about a product you are interested in, but find that your ISP is throttling down your speed on that competitive website to make it a less enjoyable activity. Then they could turn around and point you one of their content or an affiliate’s content that is allowed to play easier and at a better quality.

As you can see, the decision by an ISP to throttle bandwidth, except for equitable reasons, can invoke concerns far beyond simply the slowing down of your internet. The door may be open to erode the foundation of free expression and capitalism. Namely, the free and open marketplace of things and ideas.

While the states decide what position they will take on the issue of net neutrality in order to foster fair trade cellular data growth is bringing more and more internet impoverished areas in rural America online, ISP’s will likely be more interested in finding ways to ways to reduce the unfettered consumption of data by the “heavy user.”

How much data usage makes one a heavy user? iGR research states that the average amount used monthly in the U.S. home is 190 gigabytes. Many service providers consider a user of over 200-250 GB per month to be abusive. But what can one do with 200 GB of data? Here are some examples which roughly equal 200Gbs of usage each:

It seems like a lot but, if you have a family of four and you all want to do each of these things to some extent, you can understand the need for some management and a few self-imposed limits to help reduce your data usage.

It’s good to budget and minimize your usage in certain areas, just like you do money. It will make you think about how you use the internet as well as how not to use it. You may be thinking, “Wow! we can do a lot with 200 Gbps.!” But, if you have one or more gamers downloading a couple of games per month at 20-50Gbs each, or if one or more of you work from home 2-3 days a week, and you are homeschooling any age children, it is easy to exceed “average use” and be labeled a heavy or abusive user.

With the elimination of net neutrality, the service you get from the carriers is more likely to be subjected to discriminatory slowing and deprioritization based upon usage.

If you want to avoid a slowdown of internet speed and avoid deprioritization or throttling on plans that place explicit or hidden limits on your unlimited data, here are some suggestions for getting more out of less bandwidth:

In addition, check out the features of your modem/router configuration and see if there are some tracking features. Many of these devices will allow you to setup and monitor the data footprint for each device and/or users on the system. When you are close to your self-Imposed limits, slow down your usage. Managing data like your dollars makes good sense. It puts you in control of your usage instead of big brother. 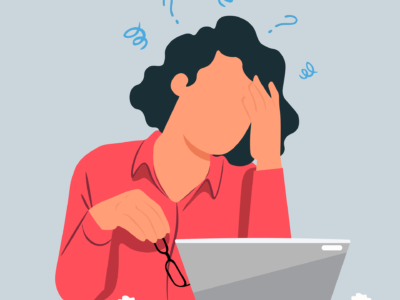 Rural Internet When School Is from Home 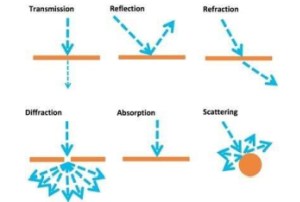 How do I choose a 4G LTE Antenna? 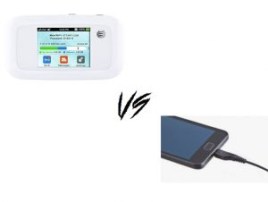 Tethering vs Hotspot – The Ultimate Guide