Experience our portable WiFi hotspot devices delivering high speed internet, and find out why it is a better alternative to satellite internet. Browse the internet, stream movies and much more on our unlimited 4G LTE WiFi devices and reliable data plans.

NO Hidden Fees – NO Contracts – NO Credit Checks

Money Back Guarantee on all equipment costs!

If you have been looking for a rural or portable internet solution, then you have likely seen customer reviews regarding unlimited satellite internet and unlimited cellular internet. These reviews reveal a lot of confusion out there over the language used by some service providers when describing their service and the way people experience the usage of those services.

Unlimited LTE Advanced believes in service before and after our customers choose our internet service. And the best way we can serve you, before you buy, is to help you become an informed buyer. We will begin by looking at some common terms from the internet industry.

Data Speed: This is the amount of data per second that moves onto and off of the providers system. It’s divided into upload (data moving from your device) and download (data moving to your device). Data speed, however, is only half of the equation that determines the responsiveness of your devices (see latency below).

Latency: While the download and upload speed of data is one aspect of usability, latency is the time it takes the signal to travel to and from your modem to your providers network system. It is like how a car, going 60 miles an hour, takes longer to drive from coast to coast than it does to drive across town. Latency has a strong impact on the reactivity of your internet usage.

Throttling: When a service provider slows your data speed to reduce your usage. Often applied when a customer hits a preset data limit.

Unlimited Data: While at first glance this sounds like a great benefit, not all providers use this term the same way. Many satellite and cellular providers say they offer unlimited data, but in truth, their plans include soft or hard data caps that can have a huge impact on how you can use that “unlimited data.”

Hard Data Cap: This type of data cap can mean that your service stops at a preset limit. Some “unlimited” plans will allow you unlimited data but will charge you for data that is used beyond the hard data cap. This can leave you with a larger than expected bill at the end of the month.

Soft Data Cap: This type of data cap does not stop or charge for data beyond a preset amount, but your speed is throttled after hitting this preset cap. Many providers will throttle your speeds below old dial up rates. This means your internet will work well during the first part of the monthly cycle but will slow down after you have hit the limit. Then the internet will then speed up again at the beginning of the next monthly cycle.

Deprioritization: This is a temporary slow down due to congestion on a network. For example, all cellular services prioritize emergency services like 911 calls or voice calls on a cellular tower. As soon as the spike in demand is over speeds return to normal. It’s more likely in highly populated areas.

Both cellular and satellite systems have each experienced technological advances that have greatly improved their services over the last 5 years. And, the once sparse availability of cellular internet in rural areas has greatly increased, while satellite has shown some improvement of their latency issues.

The average latency experienced on cellular systems is 35-70ms and 600-1200ms on satellite systems. Satellite providers have greatly improved their ability to stream video content. In the past, buffering was a problem on all satellite systems. But by limiting users’ streaming resolution to 720p or lower, they can often provide users more than email and slow page loads while surfing. Latency is so much higher in satellite systems due to the great distances that data must travel to hit a satellite in space, travel to the earth and back again. This means that in a single interaction your data will travel nearly 90,000 miles to connect with the internet and respond back to you. Therefore, gaming and other interactive internet uses do not perform well on satellite.

Cellular services tend to work well in all except the most extreme weather conditions. This means if you are not in fear for your safety, your cellular internet will likely be working just fine. Satellite internet cannot say the same and this is a common complaint from satellite internet users. Wind can really mess with satellite data services. This is mostly due to the satellite dish, which must be placed and aimed at a stationary satellite out in space. Wind tends to affect this aim and disrupt the service. Snow, rain, storm clouds loaded with moisture, and other atmospheric conditions can also degrade the quality of the satellite connection.

Viasat and HughesNet are touted as the best and most popular satellite internet providers. According to their websites, both offer a deluxe unlimited satellite internet plan, with up to 720p streaming. Viasat offers 12 Mbps download at $150/month for the 1st 3 months, and $200/month for remaining 21 months. HughesNet offers 25 Mbps download at $145/month for 24 months. Each plan also has a hefty early termination fee. In addition, itstillworks.com reports the average equipment fees for satellite as $500 to $650.

While both plans are advertised as unlimited, each plan has a soft data cap. Hughesnet is capped at 50 GB, and Viasat at 65 GB. After these soft caps are reached, users will experience slower speeds until the data renews at the end of the monthly billing cycle.

While some cellular plans can match the monthly costs, long contracts, data caps, and equipment and termination fees of satellite providers, there are some cellular plans that are far better. Unlimited LTE Advanced, for example, has led the industry by providing no contract, no early termination plans for years. Couple this with our average internet hotspot and modem equipment costs of $90–125, and truly unlimited internet data plans at about half the cost of satellite, and you can see why industry watchdog broadbandnow.com suggests that satellite is only a good alternative for those with no other option.

Unlimited LTE Advanced has no data caps, so you will only experience temporary speed reductions if your tower becomes congested. Many of our customers never experience this temporary deprioritization, as congestion does not affect rural areas as much as in congested population centers. For example, I live in a city of around 300,000, and my cellular internet slows down on weekdays from about 4:15 to 5:30, when people are calling home, though it rarely affects my streaming and has never affected my ability to use the web.

This is the one area where satellite internet can outperform cellular internet. The satellite has a direct line of sight to virtually everywhere below it. Because of that, satellite signals can reach the most remote areas of the planet. Cellular internet, however, depends on an antenna being located within range of your location. While cellular providers are building out in rural areas, there are still some dead spots remaining. So, if you are one of the roughly 2% of the United States population that lacks cellular coverage, then rural or portable satellite internet is still an option for your internet needs. For the other 98%, however, Unlimited LTE Advanced may just be the best option you have to get great internet speeds wherever you are. 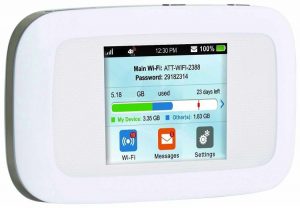 Take unlimited WiFi with you wherever you go! 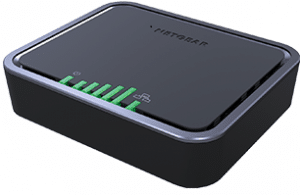 All taxes & fees included.
For maximum subscriber performance, National Carrier prioritizes all devices and data plans based on network congestion to keep you connected.

With our 14-day Money Back Guarantee on all equipment purchases, you literally have nothing to lose!

Our Money Back Guarantee applies solely to the cost of equipment. Prepaid monthly plan, SIM card, activation fee, and shipping costs are not refundable.