What Is The Difference Between WiFi And Internet?

Home / What Is The Difference Between WiFi And Internet?

Is Wifi the Internet?

I got a call from my friend Mark the other day. He wanted to know if the internet was down at my house. I told Mark, “We have different providers!” He said, “I know, I mean like the whole internet. Is it working?” I grinned at the sincerity of his question, looked at the bars on my modem and the internet icon on my laptop and said, “No. the internet is still going.”

I asked him if his bill was paid and he said, “Yes. I have signed on several times and I’m connected to the internet except it’s just not there.” After some more conversation, I realized that Mark was confusing his wifi with his broadband signal.

We soon determined that Mark’s problem was that while his wifi was connecting to his devices, no broadband internet access was found by the modem. After a short call with his Internet Service Provider (ISP) support and a modem reboot, he was reconnected to the internet. It still took me a bit to explain to my friend how he could have wifi connected but no internet.

Mark is not the first person with whom I have had this conversation. So, for those of you who, like Mark, wonder how wifi and internet work to connect you, here is a brief comparison of broadband vs wifi. I will cover some differences and some important things about each you may want or need to know.

Briefly stated, the Internet is a worldwide network of computers connected by the Internet protocol suite (TCP/IP software). This software, connects and combines Government, Business, Academic, and Private networks around the globe and in space into one giant network (a network of networks). This network is driven by numerous applications and hardware around the world communicating over wired, wireless, and optical technology, to facilitate the movement and sharing of data.

Wifi and Ethernet are two ways that your router or modem-router combo delivers internet to your various devices. The main difference between ethernet and wifi is that ethernet is delivered by a cable and wifi is a wireless radio signal. Your ethernet cable connects your device through a port on the back of your router and your wifi connects them through the antenna.

One difference between moving data across a wireless signal and ethernet cable is security. Cabling is inherently more secure than a radio signal that is ubiquitous within a given coverage area. But don’t throw out your wifi yet, because wireless signals are still quite secure if you just change your default password on your wireless router and replace it with a strong password. (It’s amazing how many wireless routers I have seen with the default password “admin”)

Interference is also a consideration between using wifi and ethernet. Ethernet tends to be more resistant to interference than Wifi. Ethernet cable is ranked by categories. Your local computer supply store likely carries Cat5, Cat5e, Cat6, Cat6a, and Cat7.

What does this mean? Cat5 will handle all consumer level routers and router/modems that are currently available. If I was building a house, I would spend the extra money for Cat7 because it will be ready for the future speeds we will see some day. But if you have Cat5 or 5e don’t panic. I have Cat5e in my house now and it will likely exceed the available speed and bandwidth needs of my network for some time to come.

The real advantage that each category of cable has over wifi signals is that cables consist of 4 twisted pairs of copper wire. Without getting too complicated, the twisted pair allows for signal balancing which makes the signal more impervious to interference.

Cable also has shielding for resisting external interference. A wifi radio signal is more open to interference. Cable can be run through an obstacle like a concrete wall, while wifi may not penetrate. With wifi, getting the best signal is a matter of location.

For example, when I first hooked up my wifi router/modem I found that one of my smart TVs would lose the signal when my microwave was running. I moved my wifi router about 6 feet to a different shelf and the problem was solved. You can also use repeater/signal boosters to mitigate obstacles and distance issues. Most wifi problems can be resolved with a little trial and error.

Maybe the biggest advantage ethernet holds over wifi is the ability to carry power to devices. Smart home technology has increased the demand for PoE (Power over ethernet). This allows one to power a device without an electrical outlet.

Imagine wiring a camera under the eave of your home to observe your driveway and mailbox. With PoE, one can run one relatively small and flexible cable instead of including a much heavier and harder to hide electrical wire alongside it.

Like everything else technological advances are affecting how we can power devices. One of my clients is running an entire security system with cameras and sound over a private network in a remote location powered by solar panels and rechargeable batteries.

The question most people ask when comparing the two is usually “Is ethernet faster than wifi or vice-versa?” So, which is faster when it comes down to wired vs. wireless internet?

In most cases wired is faster. And while inferior or damaged cabling can literally throttle your speed, wired usually holds this edge. Like ethernet, Wifi is getting faster due to the development of 5ghz (5 gigahertz) channels that carry more data than the old standard 2.4ghz. But there is more you need to know about that.

The answer is both have their place in your private network. In terms of reception, the two most important things for you to remember about frequency choices are

So, in my home, the wireless devices that are close to my dual-band router use the 5ghz channel and the devices in the farther parts of the house use the 2.4ghz channel. As for my PC on which I upload and download numerous images and video files? I run an ethernet cable into my router for the faster speed.

How to get Unlimited Internet Without Phone, Cable, or Satellite

So wired vs wireless is not just an issue inside your private network. In 2017, the FCC reported that 30% of rural Americans lacked access to high-speed internet. They provide around 5 Billion dollars per year in subsidies to close this gap and wireless companies like Unlimited LTE Advanced are helping to fill this gap as well.

Satellite stepped in to tried to fill this gap, but latency issues caused by the astronomical distances between users and satellites, exorbitant equipment and monthly fees, and long contracts with stiff penalties have limited access and usefulness of satellite internet for many rural users.

This is where cellular technology has come to the rescue. Wireless data plans are becoming a common solution for rural homes and businesses looking for unlimited high-speed internet. With no contracts and reasonable equipment costs, we have helped numerous rural families access high-speed home internet wifi without a cable company for the first time through one of their national wireless plans.

For users who need take internet on the road to other locations, a hotspot instead of cable or DSL provides a simple answer.

If you are faced with a lack of options or high prices for home or business wifi and internet or portable access, give us a call today at 855-556-3278 and see what’s possible. 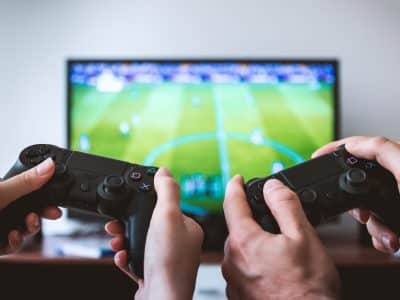 Hotspot Gaming: Can you game on a hotspot? 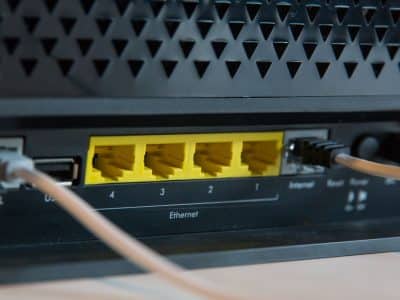